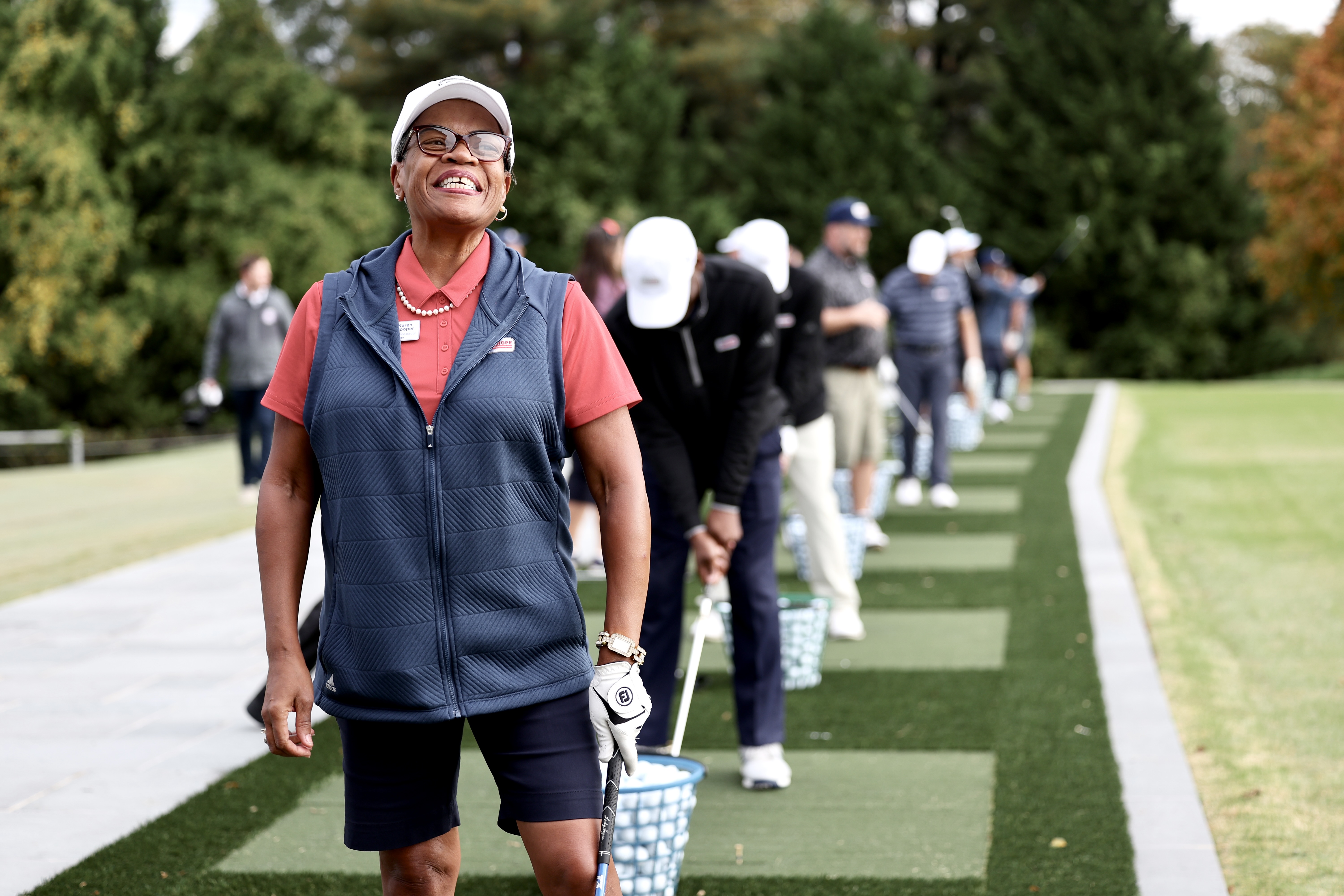 Karen Cooper is the life of the party. She loves having a good time in any golf setting – her birdie celebrations are legendary – but she also has no problem letting someone know if they’re not holding up their end of an important commitment.

Jason Kuiper, the Director of Instruction at Bobby Jones Links in Atlanta, depends on Cooper’s determined and structured work ethic to help fill 100 spots each year in any one of the four PGA HOPE programs at his course. She served 14 years in the Army Reserve (1986-2000) as an Equal Opportunity Specialist, Automated Logistical Specialist, Human Resources Specialist and Administrative Specialist. So yes, she’s organized.

“She takes ownership,” Kuiper said. “Karen is big in helping to do that.”

That is one of many reasons why Kuiper nominated Cooper to represent the Georgia PGA Section as one of 20 Ambassadors to participate in PGA HOPE National Golf and Wellness Week in Washington, D.C., hosted by Congressional Country Club. PGA HOPE (Helping Our Patriots Everywhere) is a flagship military program of PGA REACH, the charitable foundation of the PGA of America. PGA HOPE introduces golf to Veterans to enhance their physical, mental, social and emotional well-being.

There are two six-week programs in the spring and two more in the fall at Bobby Jones Links. Twenty-five Veterans are in each class.

Cooper, 61, is quick to dismiss her impact on the Atlanta program but she’s a huge reason why it’s doubled in size over the past year. There is no cost to Veterans for their participation in the class, but Cooper insists that each spot is used to its fullest. If someone doesn’t show up for a class, she’ll call that person to see to find the reason. If the person simply did not show or does not seem committed to the process, Cooper will hold that person accountable because that could be a spot that could go to someone more deserving.

“She fulfills a role that I can’t,” Kuiper says directly. “It’s different and more impactful when it comes from her.”  Cooper also helps with registration for the program, stays to watch the lessons, then usually ends up getting one for herself afterward. Kuiper says that her overall energy toward the program helps with more than just coordination, her attitude and joy for the game are infectious.

“She makes other Veterans know it’s OK to celebrate on a golf course,” Kuiper said. “It really helps people let their guard down.”

Perhaps more amazing is that Cooper only recently started playing the game.

Back in the late 1960s, early 1970s, Cooper vividly recalls growing up in Charleston, West Virginia and sneaking inside to watch golf on television. Her family would play football and basketball outside on weekends, but she was always enamored with golf and, like most everyone else during those times, she loved Arnold Palmer.

“It was only on black and white,” Cooper said, “but I watched it every Sunday if I could.”

But she never touched a golf club. After 26 years in West Virginia Cooper moved away to begin her military career and golf still was not in the cards. It wasn’t until 2009 when Cooper decided it was time to pick up the sticks. She lived in a golf subdivision and figured that it was finally time to scratch the golf itch, so she bought clubs and started spending more time at the practice range.

However, that didn’t last long. The golf course closed and shortly thereafter she started developing severe neck pain. Cooper was working for the Army Reserve Command as a civilian and was the office manager for the audit branch and internal review departments. She believes that repetitive work on the computer and constant phone calls, among other duties, were the culprit.

The discomfort never subsided and in 2011 Cooper had cervical spine surgery, which ultimately sent her into a downward spiral. For the first time in her life – other than when she gave birth to son William, now 42 – she was in the hospital. Recovery was tough, lack of finances became a major issue and medical insurance did not help as much as she wished.

“I got overwhelmed and I went into this dark space for five years,” Cooper says with tears in her eyes. “My family, I shut them off. People had always seen me as a strong person and I didn’t want them to see me being weak. My son was the only one who had my phone number because I changed it. It was dark.”

Finally, in 2017, Cooper took early retirement pay, which helped her slowly begin to get back on her feet, although she was still in pain because she did not properly rehabilitate her neck after surgery. She didn’t have the funds.

A year later, a Colonel friend introduced Cooper to an adaptive golf program in Georgia, and ultimately that led her to Bobby Jones Links and her work with Kuiper.

Now Cooper tries to play and practice as much as she can. She’s vivacious and unafraid on the golf course and when something goes well you’ll likely see her raise her hand in the air and yell either “yeah, baby” or “ATL” as a shoutout to her town.

“She is full of energy and that’s so good for this program,” said Steve Reed, a retired Army Master Sergeant (1978-2008) who met Cooper for the first time Friday and partnered with her for nine holes at East Potomac Golf Links. “Being out on the golf course she’s always trying to help other people. That’s the way she is. You can figure that out pretty fast.”

What Cooper learned quickly about golf is that it makes her feel better, especially because there were many days when not much else did. It’s often easy for her to dwell on the dark days and the fact that it took her so long to start playing this great game, but none of that matters now. Her 6-year-old grandson William visits during the summer and Cooper takes him to play golf quite often and has even brought him to a few PGA HOPE classes. She knows there are many more special days like those in her future.

“Golf, in a sense, saved my life,” Cooper says. “I’m an outdoors person. Golf is amazing and to be able to play it is a blessing to me. This is what I always wanted to do but I never knew how to get here. Now that I’m here I can play golf and give back.”

And celebrate while doing it. 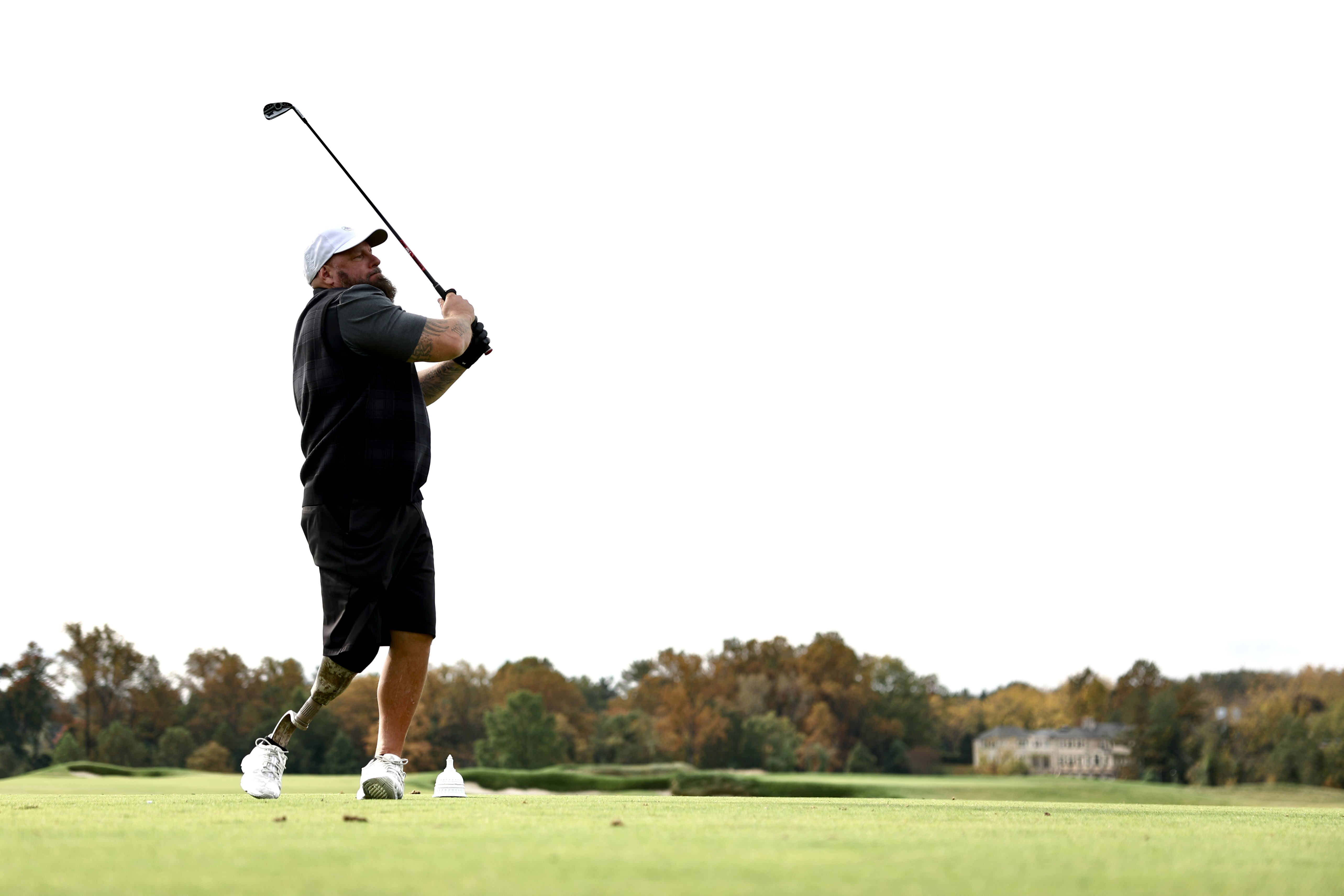 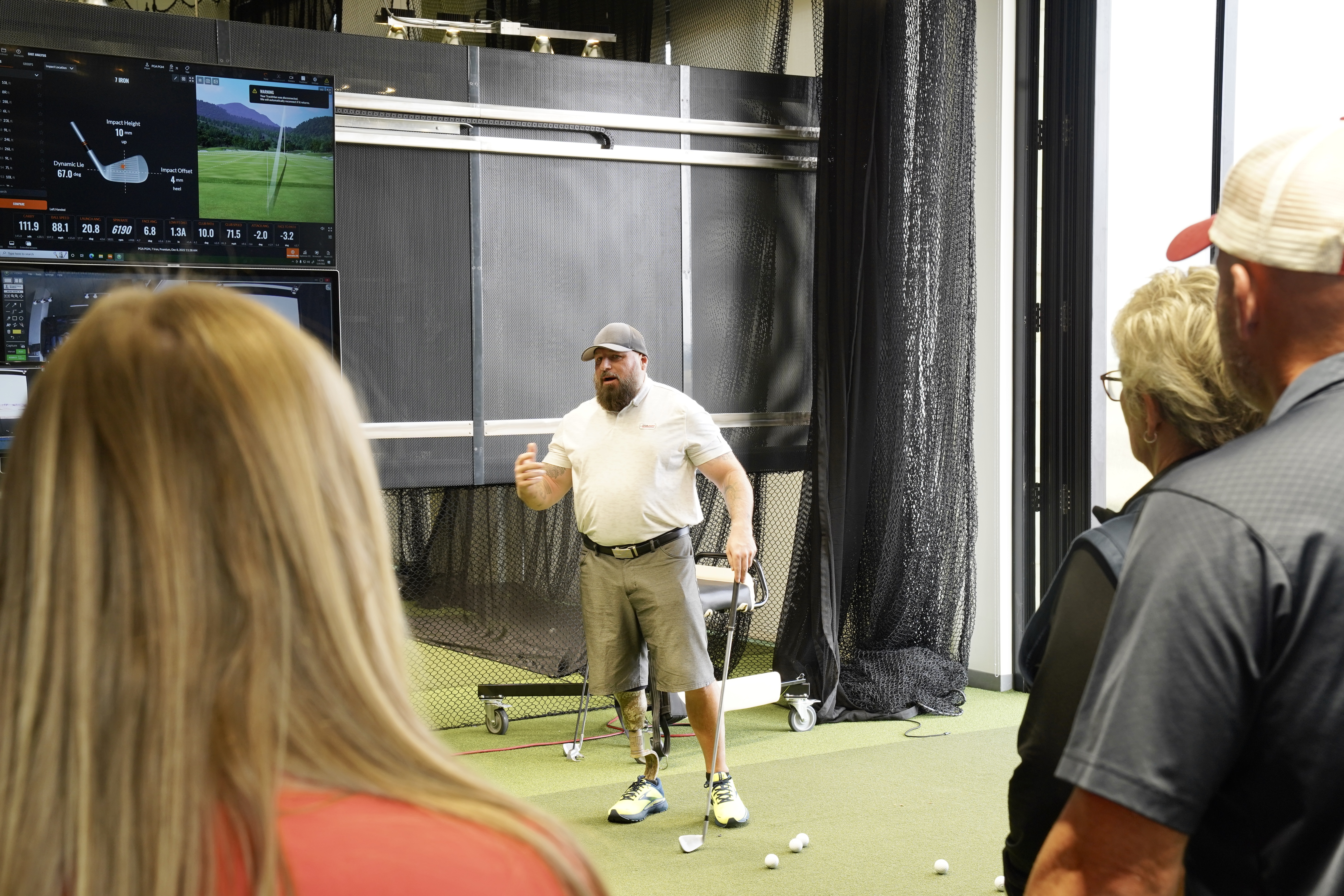 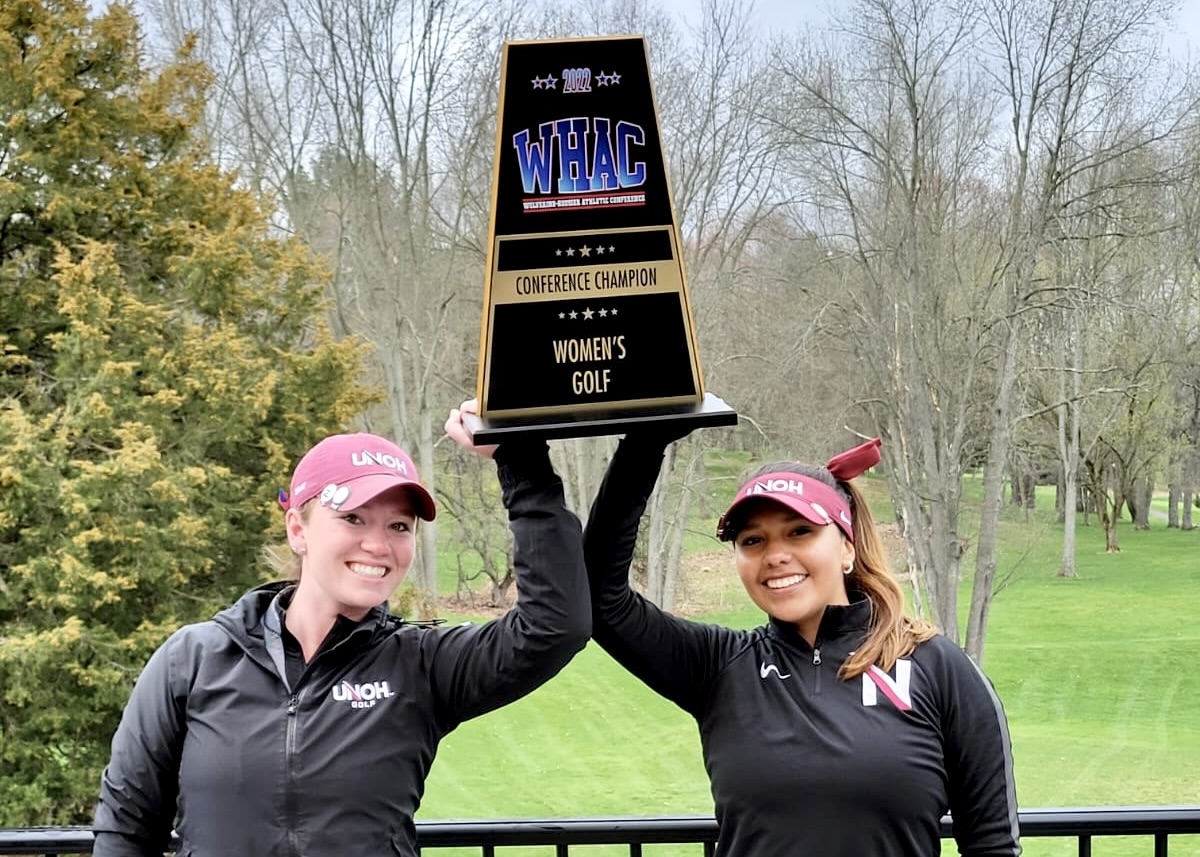