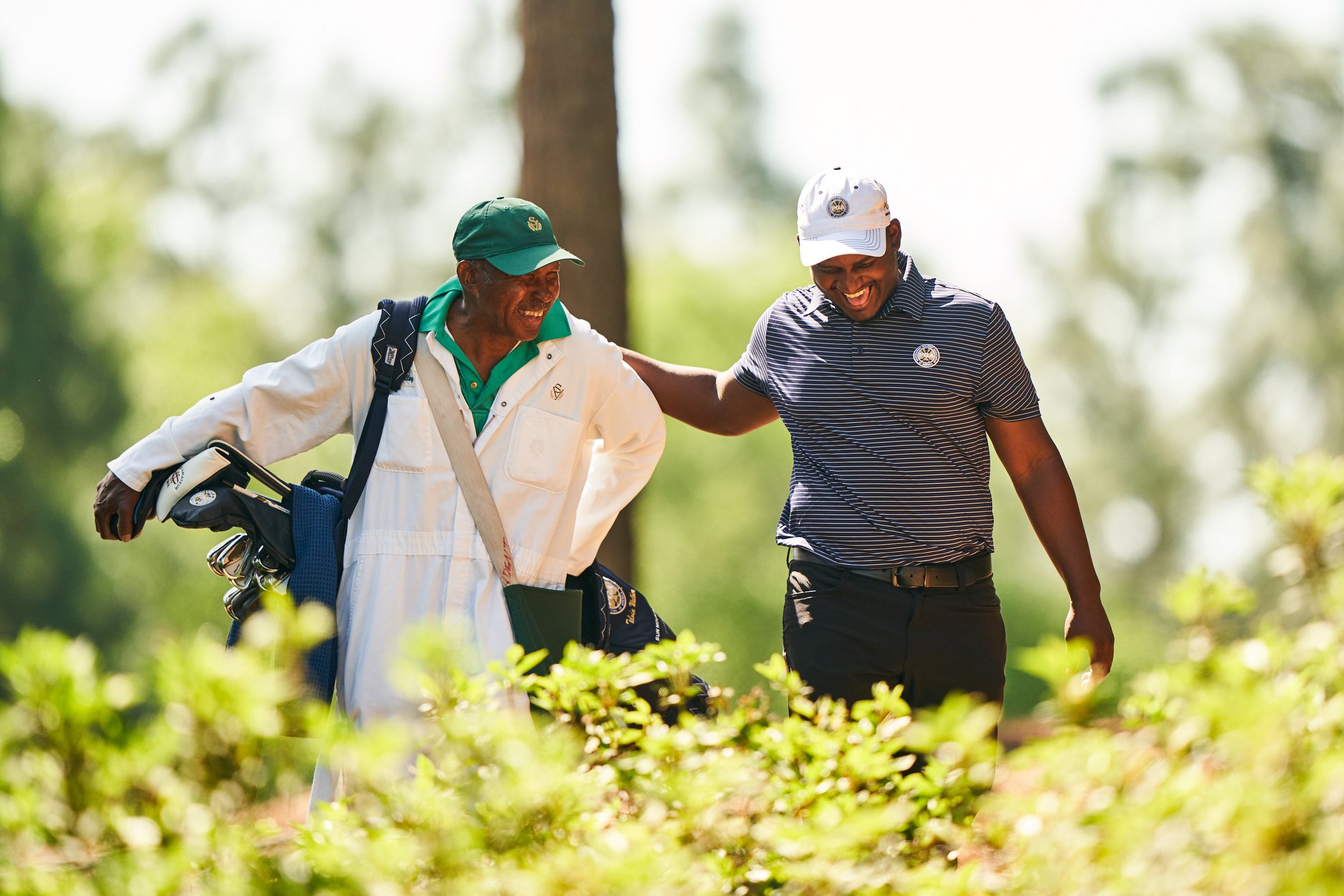 Walker is native of Washington, D.C., and a graduate of Livingstone College in Salisbury, North Carolina. A D.C. Success Foundation Achievers Scholar, he received his Bachelor of Arts Degree in English while also minoring in Political Science. While attending Livingstone College he was very active on campus and was a member of the Men’s Golf Team (Co-Captain), Resident Assistant, Junior & Senior Class Treasurer, Mentor, and a Writing Center Tutor.

Walker was named as the first Sunny Harris Hutchinson PGA Works Fellow in the Carolinas PGA Section. Sunny had a true passion for the game of golf and was largely involved in the 2017 PGA Championship at Quail Hollow Club, as well as the Wells Fargo Championship. She passed away suddenly in February 2018, at the age of 43. The Fellowship serves as a lasting tribute to her loving memory, as well as her admiration for the game of golf. Telvin’s love for the game shows in his work ethic as well. Telvin is people-oriented and is all about getting to know the people around him and ensuring they are having a good time. He is currently serving as Event Coordinator for the Carolinas PGA.

“I was delighted to start my career in golf through the Sunny Harris Hutchinson Fellowship,” said Walker. “I would like to help the PGA of America grow the game by making it more accessible for juniors, as they are the future of this great game.”