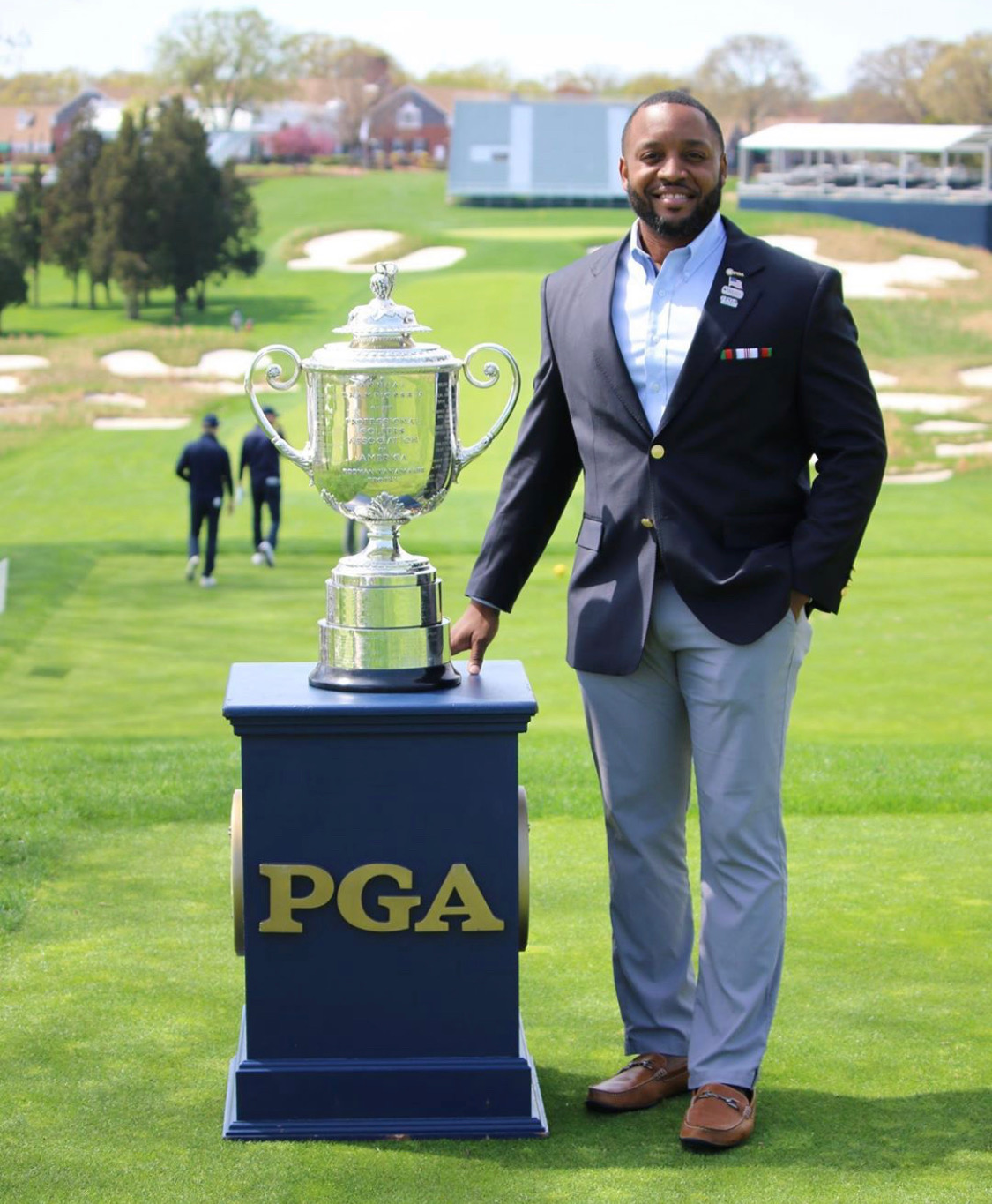 After serving 12 years in the U.S. Marine Corps, including four tours to Afghanistan and Iraq, Sgt. Eugene participated in the PGA HOPE (Helping Our Patriots Everywhere) program in Syosset, New York, which introduces golf to veterans with disabilities to enhance their physical, mental, social and emotional well-being, and helps them assimilate back into their communities. Eugene was unsure what direction his life would head in after military service, but through PGA HOPE, he fell in love with the game, gained meaningful purpose, and is hoping to work within the business side of the golf industry.

After playing in the Secretary’s Cup at the 100th PGA Championship in St Louis, Eugene met Fernando Molina, the current Fellow for the Gateway PGA Section, who suggested Eugene pursue a career in the golf industry through the PGA WORKS Fellowship.

“It’s a true honor to be selected as a PGA WORKS Fellow and have the chance to not only work with the Metropolitan PGA Section, but help serve my community in a positive way,” Eugene said. “As a Marine, I’ve always strived for excellence and look for new challenges, so joining the Fellowship was a natural fit. I look forward to being a part of the mission of PGA WORKS, helping to reshape and change the face of golf, and further introduce diversity and inclusion into the industry in an authentic way.”