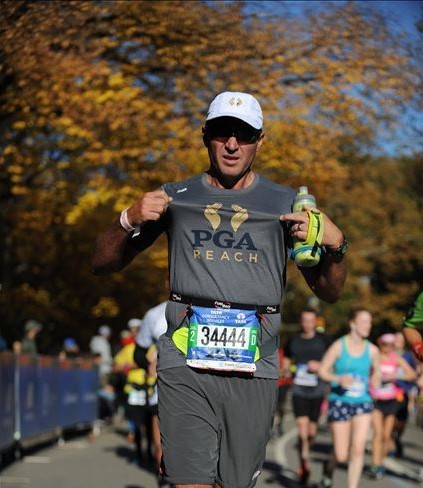 NEW YORK CITY – PGA REACH, the 501(c)(3) charitable foundation of the PGA of America, whose mission is to impact lives through golf, announced the foundation raised more than $50,000, as an official charity team of the New York Road Runners (NYRR), for the 2018 TCS NYC Marathon, on Sunday, Nov. 4.

As a charitable partner, PGA REACH assembled a team of 10 PGA Professionals (Team PGA REACH) from across the country to participate in the race, while raising funds and awareness for PGA REACH programming. The roster includes:

NYRR is the official charity sponsor of the TCS NYC Marathon.

For those still interested in supporting Team PGA REACH, fundraising efforts will continue through next Sunday, Nov. 11, please visit crowdrise.com/o/en/campaign/pga-reach-nyc-2018.

PGA REACH is the 501(c)(3) charitable foundation of the PGA of America. The mission of PGA REACH is to positively impact the lives of youth, military, and diverse populations by enabling access to PGA Professionals, PGA Sections and the game of golf.