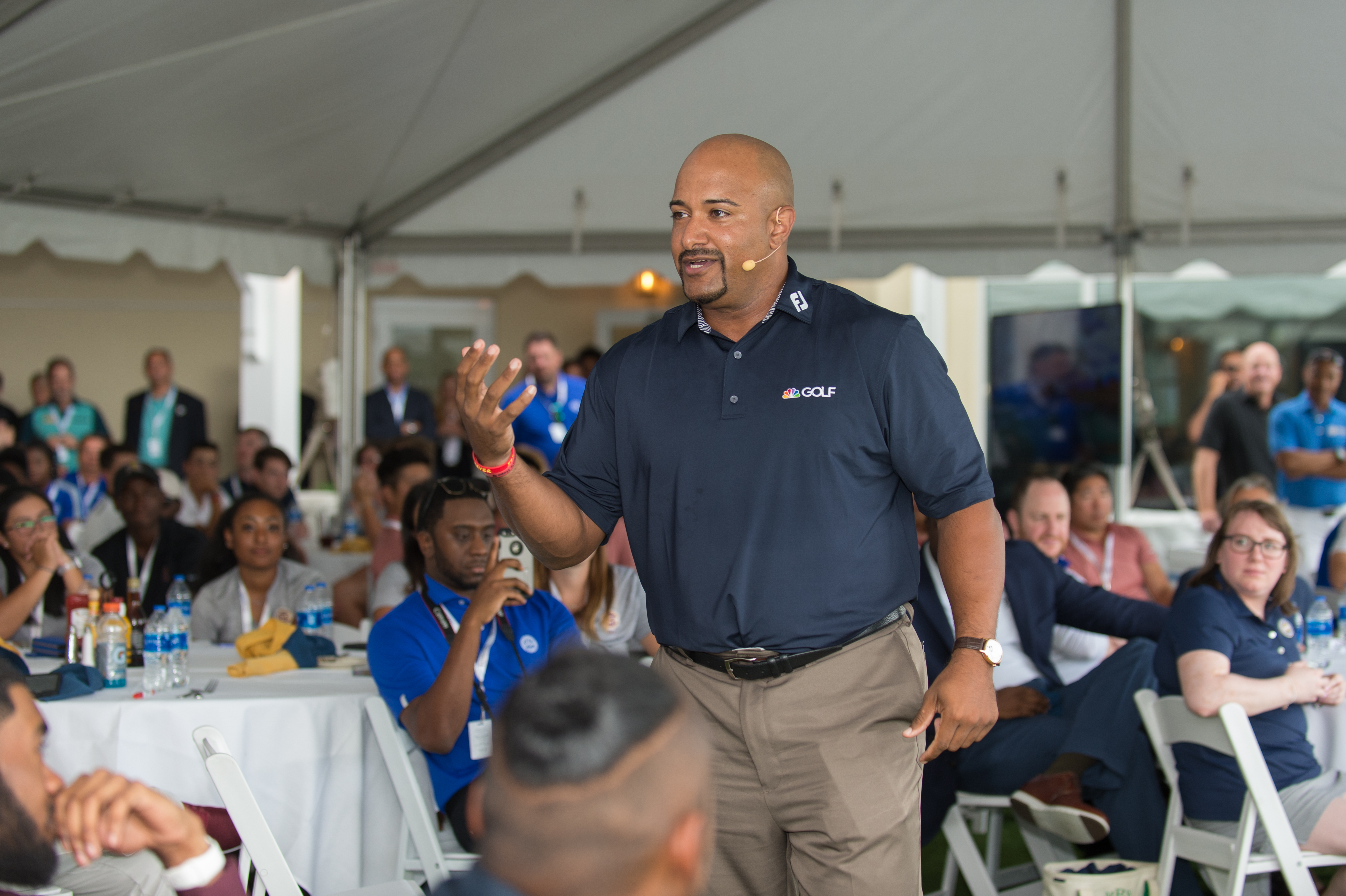 PALM BEACH GARDENS, Fla. (May 20, 2020) — PGA REACH, the 501(c)3 charitable foundation of the PGA of America, has announced that sportscaster Jonathan “The Coach” Coachman, has become the newest PGA WORKS Ambassador. Coachman will help promote PGA REACH and its mission to diversify the golf industry’s workforce.

Coachman and Millsap will come together Thursday, May 21 at 3 p.m. ET for an Instagram Live to discuss their passion for the game of golf and why they’ve stepped up to help diversify the game. Fans who want to watch the interview should follow @PaulMillsap4 & @PGAWORKS.

Coachman, a sports interviewer, analyst and professional wrestling personality, began his career working for World Wrestling Entertainment (WWE) in several capacities, such as on-air, producing and branding. He spent nearly 10 years at ESPN, hosting and appearing on popular shows, such as “SportsCenter,” “First Take,” and “Mike and Mike in the Morning,” before returning to WWE.

A former college basketball player and football play-by-play announcer, Coachman also served two years as the voice for digital highlights at The Masters, while also providing his voice to the NFL’s popular “Madden” EA Sports video game. Coachman also serves as host for Golf Channel’s “World Long Drive,” which has emerged as one of golf’s most popular grassroots sporting events.

Funded by PGA REACH, PGA WORKS leverages fellowships, scholarships, career exploration events and the PGA WORKS Collegiate Championship to inspire and engage talent from diverse backgrounds in pursuing key employment positions across the golf industry. Coachman will represent the entire PGA WORKS platform, echoing the message of helping to cultivate the next generation of golf industry and business leaders, through his own channels.

“We’re humbled and honored to welcome Jonathan Coachman as our newest ambassador for PGA WORKS,” said PGA REACH Senior Director Ryan Cannon. “His love for golf and commitment to support others will help us spread the message of the incredible ways young people can turn their passion into a profession.”

As part of his relationship with PGA REACH, Coachman has already served as host of the welcome dinner and Long Drive exhibition that takes place during the PGA WORKS Collegiate Championship, the most culturally significant Championship in collegiate golf. The PGA WORKS Collegiate Championship is designed to cultivate the next generation of golf industry and business leaders, as participating student-athletes are introduced to employment and internship opportunities supported by leading golf companies.

“It’s an incredible honor to be named a PGA WORKS Ambassador,” said Coachman. “I look forward to helping make an impact on tomorrow’s leaders, as this platform of inclusion aligns with my fundamental beliefs to grow the game and expand the reach of the golf industry.”